I’ve been getting reacquainted with a couple of old friends -  Matthew and Mark.


My relationship with these two started way back in Primary Sunday school and we’ve stayed in touch, here and there, throughout adulthood.  As familiar as these two “old friends” are, I marvel at how God reveals something fresh to me every time I dive into His ancient words.


This time around, my focus has been on the disciples. I must admit, they make me so mad sometimes.  First, they follow him because of his miracles and his reputation. No background checks or anything.  When he begins to perform the miracles, though, they seem confused. He heals the sick, raises the dead, drives out demons and yet, the disciples still question him and seem rather clueless as to whom they are dealing with. 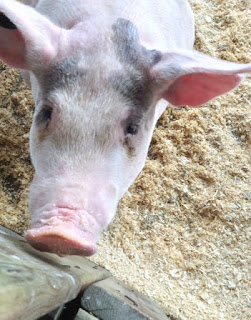 They watched him drive out demons from a possessed man into a herd of pigs.  Now, the interesting thing here is that Legion, (the band of demons who were in the pigs) knew who Jesus was.  The demon calls him The Son of God.  Legion feared Jesus and begged him not to withdraw them from the man but to transfer their demonic deposit into a herd of pigs.  Jesus did. The joke was on them – pigs don’t take kindly to being demon possessed and ran down a steep bank and into the lake where they drowned. (Matthew 8). The demons recognized the Son of God for who he was, but the disciples were still slow to catch on.


The disciples watched, not once, but twice as Jesus single handedly took a Happy Meal and king sized it to feed thousands of people.  I can’t imagine how the disciples felt as they continued to dip their hand in the baskets and pull from the abundance.  They must have shaken their heads as they gathered up over twelve baskets full of leftovers. I’m sure their thoughts were racing with wonder.


Jesus asked them at one point in Matthew who they thought he was.  Peter admitted that he believed him to be the Christ.  This happened just after Peter decided to test the waters himself.  Jesus was walking toward them on the water. Peter said, “Lord if it is you, tell me to come to you on the water.”  Jesus said, “Come”.  Peter did, and it was exhilarating, until he took his eyes off the Savior. Fear crept in and he began to sink.


But did Peter really believe Jesus was the son of God as he said he did.  Apparently, he was a little wishy washy in his faith because after Jesus was arrested Peter openly denied him three times, just as Jesus said that he would.


What about those Zebedee boys?  You know, those little momma’s boys, James and John, whose well intentioned mother asked Jesus if he could guarantee her boys a spot of honor on the throne? In the worlds first recorded example of helicopter parenting – she boldly asked if one could sit at his right and one at his left? Mrs. Zebedee recognized Jesus’ royal status, but she had no idea what a divine ruler he would be.


I get mad at those disciples.  Why didn’t they fully get it?


I’m going to stray from the course here a bit and relay a funny story…stick with me, I have a point.  Recently, my husband, who was a college baseball coach at one time, ran into a dad of one of his former players.  This man knows my husband well. He knows what he stands for on and off the field, so he found great humor in relaying this story about our son that happened about 19 years ago.
As you can imagine, having a dad as a baseball coach is a dream come true for most little boys and our Zachary was no exception.  He was at his happiest when on the diamond. (It is now his career). After the game was over, though, was when the fun really began for Zac.  That empty diamond was his paradise.  He ran the bases, sliding into each one, took some swings with his whiffle bat and basically got as dirty as possible. 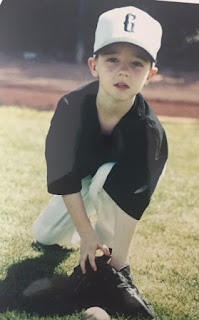 One day after a game, our friend and some of the other dads were standing around visiting, when Zac decided to climb the fence behind home plate.  Now, these dads knew that coach would not be happy with Zac if he saw him climbing the fence for a couple of reasons.  A). he might get hurt B). the fence might get hurt.  Not wanting to see Zac get in trouble they took it upon themselves to tell him to get down.  To which Zac replied… “Do you KNOW who my dad is?”  Oh boy!  The dads all got a good chuckle out of this, because, yes, indeed, they did know who his dad was! Thus, the reason they wanted him to get down!  Our family has had many good laughs about this, now!  Good thing for Zac, we didn’t know this took place when it did.


Now, back to the disciples.  As I’m reading the gospels and caught up in the disbelief that the disciples can’t see the obvious, I’m secretly rallying for Jesus and wishing he’d ask the same questions as Zac.  “Do you KNOW who my dad is?”


Unlike Zac, Jesus didn’t use his “My dad is a big shot” status to bring the disciples around.  No, he chose to teach them the character of his Father so that they too, could have personal relationship with him.  The disciples had seen with their eyes, but they needed to understand in their hearts who Jesus truly was.  He was more than a teacher and miracle worker.   He was the Son of God!  The Messiah! The prophesied King of Kings!  The Great I am!  The ONE THEY HAD BEEN WAITING FOR!


It's easy to shake my head at the disciples.  But who am I to do so?  After all, I am a believer because of these great things Jesus did on their watch.  They had no one before them.  They sacrificially followed him with blind faith and hopeful ambition.  The miracles performed in front of this first group of Jesus’ friends and the stories they’ve recorded is all part of my faith journey.  Their accounts in the gospels of his death and resurrection are the foundation on which my faith is laid.


Even as they gathered on the mountain to witness Jesus’ ascension, some still doubted.  But then He spoke to them about the magnitude of his authority and commissioned them to go make disciples of the nations.


Their heads and their hearts eventually collided. The skepticism and doubt eventually faded as they began to fully understand the mission in which they had been called. Their eyes were opened wide to whom they were following, and they were forever changed. Because of their stories, so am I.


The disciples are the pioneers of our faith.  They tested the waters (literally in Peter’s case) and they paved the way for us to follow in their footsteps.  They witnessed the miracles of the Savior, first hand, and testified to His goodness so that I could be saved. They saw…they believed…they told. 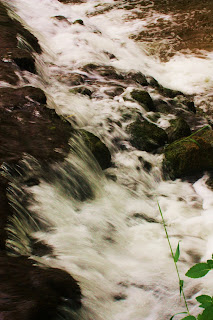 Do I follow suit?  I don’t have the honor of visibly watching Jesus touch a leper and make him clean, but I have experienced His healing.  I didn’t gather leftover fish and bread on a hillside, but he has met my physical needs every single day of my life.  I haven’t watched him calm a windswept sea with His words, but His words have calmed the storm in me.


Do I see, believe and tell?  Maybe, I need to take some cues from Zac.  Do you KNOW who My Father is?  Allow me to tell you – it will change your life.